The sail made of light-sensitive thermal paper, attached to three points in the room, floats easily in the room moved by every touch. During the day, the midday sun plays its game of hide-and-seek, at night the floor itself is mirrored to the light source with a projector. After the end of the first part of the exhibition, the sail was suspended and separated into nine parts and sewn with photograms created on site. This work was created in collaboration with Anna Greckl. 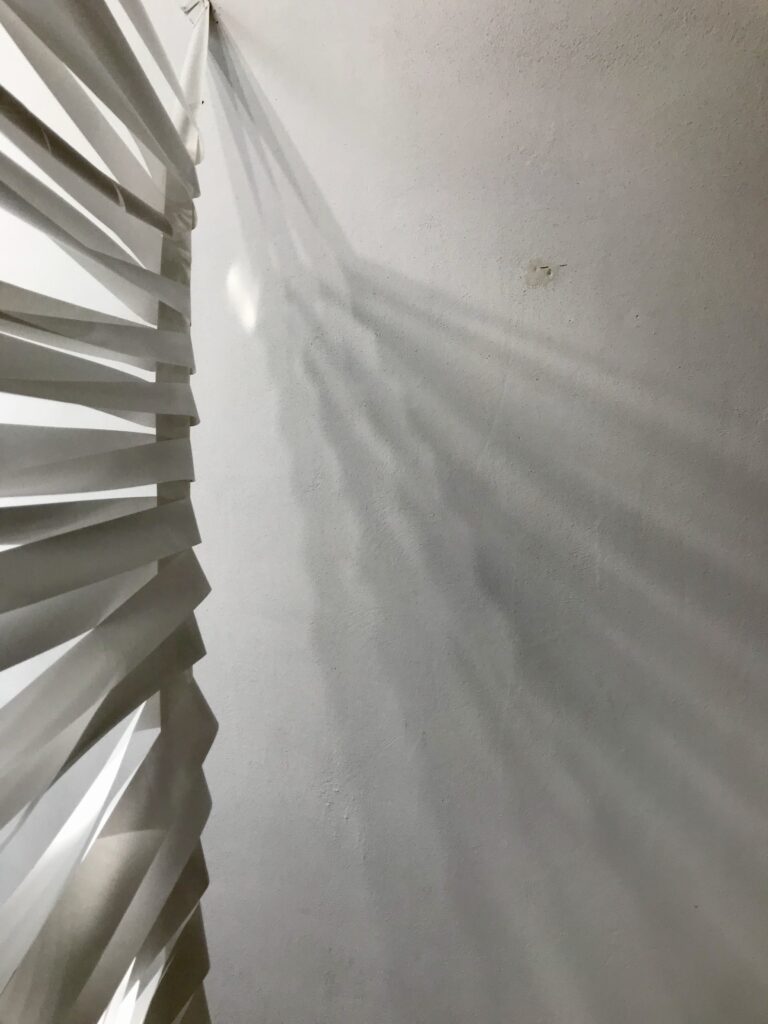 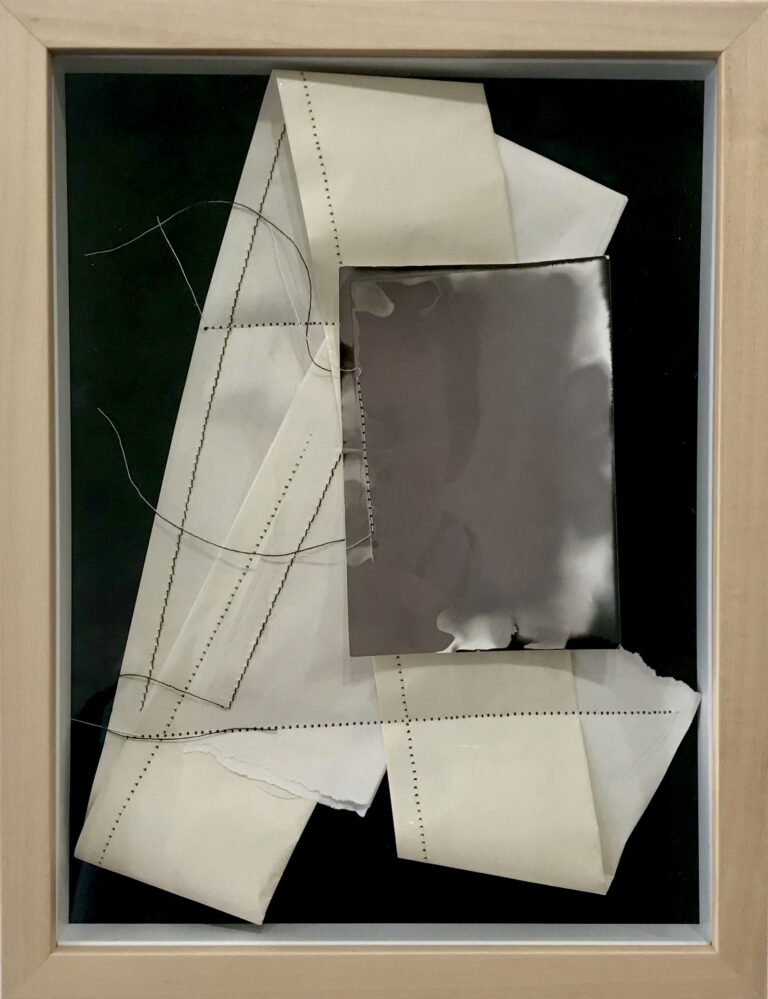 .. is neither a white cube nor a pure showroom. It is characterized by a studio and studio atmosphere in which the terms public and private overlap. In addition to furniture, BELLEPARAIS has special features such as a parquet floor strongly influenced by time and history or a wall whose traces of color refer to past times until the beginning of the 20th century, when the house was built. Under the exhibition title "respond", the graduates of the Munich Art Academy Anna Greckl, Franz Stein and Katharina Stumm now take proportions, dimensions and the obvious at BELLEPARAIS as their starting point and form a temporary collective. They react to the charismatic space, refer to light and shadow situations, act as chroniclers of the course of light during the day and as researchers during the exhibition period. Conceptually speaking, it is about artistic reflection, about the reduction of time, about intersections of body and space, acoustically about resonance. With means made of paper, interwoven, sewn and with photographic and graphic works, they refer to space and environment as well as to each other. The result is a joint work of art that wants to change in the course of the exhibition and advance processes – for example by using light-sensitive materials such as thermal paper or receipt rolls.